On April 07, 2022, the FutureLaw 2022 Conference, hosted by CodeX – the Stanford Center for Legal Informatics – was held on the Stanford University campus. FutureLaw 2022 was CodeX’s first in-person conference since the start of the Corona pandemic, which has also been streamed via Zoom.

This year’s CodeX conference was its tenth annual conference focusing on the way technology is changing the legal profession, the law itself, and the way these changes affect us all.

Following the opening of the event and warm welcome to all attendees by Jenny S. Martinez, Dean of Stanford Law, and Roland Vogl, Executive Director of CodeX, Jennifer Newstead delivered an opening keynote speech. Newstead is the chief legal officer at Meta and oversees all global legal and corporate governance matters for the company. Appropriately enough for Newstead’s professional position, her keynote was followed by a discussion between Harry Surden, Eugy Han, Anya Kanevsky, Lawrence Lessig, and Bill Tai on “Computational Law and the Metaverse (Do Virtual Realities Need Law?).”

Since the Metaverse proposes to create an interactive, virtual environment for people to spend a significant amount of their lifetime, the fear that participants might have to deal with novel legal problems – ranging from digital property rights to sexual abuse – emerges. This issue is connected to the general question of whether virtual realities need a legal framework at all. One assumption emerged among the debaters: just because the Metaverse is actually being created does not mean that civil society will embrace it.

It is true that the majority of the world’s people use the Internet. However, a shift of entire areas of life to the Metaverse seems questionable. So, it could also come to pass that the Metaverse will become a kind of niche product. The question of regulating virtual realities is then linked to the question of whether we can even imagine in advance how the Metaverse will be structured when we draw up regulatory mechanisms. Especially since virtual realities have the potential to change in an unpredictable way.

Finally, no one can say with certainty how a legal regulatory regime can address and absorb all eventualities and novel legal issues. Are the classic national legal regimes at all suitable for regulating supranational institutions in cyberspace? Perhaps private lawmaking will gain importance in the future and emerge as another power. According to Surden, now is the time to think about early Metaverse technologies to reflect values that lead to positive externalities, as opposed to some of the negative effects seen on relevant Internet platforms today. Lessig argued for regulation in a way that seems to be even constitutive in nature: if there were a Metaverse, then no company should be allowed to define it for mankind.

After the talks on the Metaverse, the focus was on so-called Decentralized Autonomous Organizations (DAOs) and the future of work and identity. Enabled by smart contracts and blockchain transparency, DAOs allow for the pursuit of common business and non-for-profit objectives with governance processes that embed computational law and policy. It has become easier to build DAOs, and we are starting to see many examples of DAOs with real-world utility.

As more of our work and lives migrates into digitally intermediated worlds and Metaverses, how might DAOs present new opportunities around organizing human and capital resources? How are we going to use legal technologies to ensure that DAOs reflect not only the rules a specific DAO community has developed for itself, but also the laws of the spaces it operates in? And how can more traditional corporate forms, which still govern most digital activity, benefit from technologies developed for DAOs? These questions were discussed by Silke Noa Elrifai, Henning Diedrich, Tony Lai and Jiarui Liu. Lai shared a preview of the new documentary “The Ways of the DAOs“, featuring interviews with some interesting personalities working on and building organizations of the future. Part of the reports on DAOs included reflections on experiences and lessons learned from the borderline of use and new ways of coordinating, organizing, and joining together for collective impact. The discussion explored the opportunities and challenges of DAOs as these new ways of relating and creating are encountered and how our systems and values are digitally reshaped. The participants expressed the potential of blockchains, DAOs, and composable governance to shape societies and support community resilience.

The CodeX-Prize, which was awarded again this year, went to Prof. Kevin Ashley and Prof. Edwina Rissland, who made an outstanding contribution to legal informatics with HYPO (case based reasoner) and inspire current and future generations of legal informaticists.

Next, the Law, Education and Experience (LEX) Talks took place. Part of this was the CodeX Insurance Initiative 2022/Computable Contracts and Insurance Update, the CodeX Blockchain Education Initiative, as well as talks about how to create scalable change, technology tools and standards for the courts, elasticity of contract language, and the revolution of water law.

The Revolution of Water Law talk focused on the intersection of the past (legacy systems of water law), present (crisis of water scarcity), and future (promise of blockchain crypto technologies) that provides a unique opportunity to consider the influence that emerging technologies will have on legal doctrines that have been largely dominated by history and tradition. As an example of application, the Atreides project shows how blockchain technologies enhance the mechanisms that influence economic and environmental efficiencies in water resource districts that are governed by modern policy and backed by more certain property rights. By using these districts as an example to others of the environmental and economic synergies that can be captured when innovative technologies are applied within the appropriate legal frameworks, the project illustrates blockchain’s significant potential to revolutionize existing water law and policy.

The following theme of the conference was ‘Breaking the Barrier of Legal Language – Thoughts on the State of Legal NLP’ by Dirk Hartung and Daniel Martin Katz.

As Megan Ma‘s and Klaudia Galka‘s research project on NLP and the vagueness of legal language as a neural network coder – that has been presented in a talk before – puts it, NLP technology aims to “bring the implicit to the explicit”. In this regard, NLP is the intersection of language and computation in artificial intelligence. Law school, according to the study, is an exercise in learning a new language.

So, Law is an exercise in linguistic construction and interpretation. Tools help individuals and organizations navigate the volume and complexity of law. Most of these software offerings have had to accommodate natural language because most paths in law lead to a document that is most likely expressed in natural language. Although there are efforts to move from natural language to code, the speakers considered it unlikely that natural language will be displaced as a method of coding the law in the near future.

After Stephen Caines then spoke on expanding the civic technology horizon and lessons learned from leading tech policy in America’s tenth largest city – San Jose -, Pieter Gunst and Mary O’Carroll spoke on Legal Operations and the future of legal work. Ian Schick then closed the afternoon’s Law, Education and Experience Talks with a presentation on Machine Generated Legal Documents.

The FutureLaw Conference 2022 concluded with a panel discussion with Ralph Baxter, Steve Harmon, Maya Markovich, Lucy Ricca, and Jonathan Warenne on “Utah and Arizona: New Opportunities for Innovation in Legal Services”. The panel started from the fact that Utah and Arizona had made significant changes to the regulation of business and the practice of law. For the first time, the practice of law was opened to capital investment, ownership, and management from outside the profession. Nonlawyers are now allowed to provide more legal services, including legal advice. The opportunities and challenges of opening the legal market further, what such openings mean for corporate and consumer-facing legal services markets, what strategies innovation-driven companies and entrepreneurs should pursue to take advantage of the new legal circumstances in Utah and Arizona, and whether similar reform efforts are on the horizon in the near future with regard to legal market regulation throughout the United States were the topics of this discussion.

Harmon called to disaggregate the tasks of lawyers so that technology can solve them where appropriate. Lawyers, he said, too often see themselves as artists who start with a blank sheet of paper. Clients or customers, however, would usually need mere printouts, not art.

CodeX is an organization of the Stanford Center for Legal Informatics, a multidisciplinary lab run by Stanford Law School and the Stanford CS Department. CodeX describes itself as an organization where researchers and entrepreneurs design technologies for a better legal system; CodeX’s mission is to create legal technology that empowers all parties. 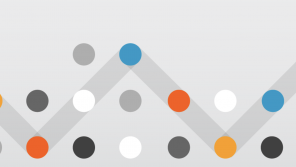 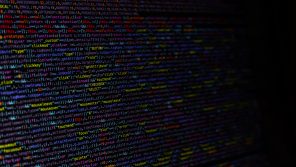 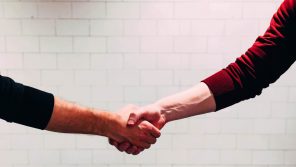 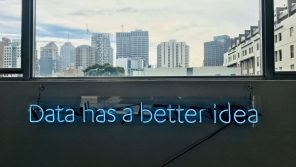