The program´s core remained the same: a free online educational experience with about 2000 participants from 99+ countries who came together in 16 online sessions; organised by the ´Center for Legal Technology and Data Science´ of Bucerius Law School and the Chicago-Kent College of Law (Illinois Institute of Technology).

From the beginning of May until mid June, the international participants were able to enjoy classes four times a week and additional material via Dropbox. Offering an interactive and colorful mix of lecturers, the program varied across different Legal Tech topics.

Participants could attend 60 to 90-minute presentations and gain insights from leading Legal Tech experts and then ask specific questions via Q&A and finally discuss further with the speakers via Twitter and LinkedIn. This year it was even possible to acquire an attendance record.

For participants who are new to the field of Legal Tech, an introductory lecture was held the week prior to the event, which is permanently available on YouTube.

The goal of the first week was building a basic knowledge. It was all about laying the groundwork for more advanced subjects and an introduction to Legal Technology and Legal Innovation. Other main topics were innovators’ spotlight – where entrepreneurs shared their story. In sessions on Digital Justice, options were explored on how to take courts and institutions online and create a better user experience. This was followed by New Perspective on Law, where the lecturers´ goal was to present innovative ways of seeing law and its institutions. Additional presentations about Legal Operations showed how technology is being used to transform organisations and add value. On top of these categories, there were several panel discussions.

The entire program was led by Dirk Hartung (Executive Director of the ´Center for Legal Technology and Data Science´) and Daniel Martin Katz (Academic Director of the same Center). In a way, they were the “hosts” of the event and moderated the discussion in an excellent and pleasantly humorous way, including the discussions with the speakers.

We would like to highlight a few presentations here to give you an overview of the event: Shannon Salter from the Civil Resolution Tribunal gave in her presentation ´ODR and Public Justice Reform´ an overview of digital court proceedings in British Columbia (Canada), which are already being practiced today, especially for minor claims, to save time, effort, and money for the judiciary and citizens.

Roland Vogl from CodeX, the Stanford Center for Legal Informatics, gave a presentation on ´Legal Technology in Silicon Valley and Beyond´, thus highlighting the growth of legal tech investments and the industry. Vogl used Bill Henderson´s metaphor ´today´s legal market is like the auto industry in 1905´ in his presentation in order to describe the Legal Tech market and what is about to come in the future.

Margaret Hagan from The Legal Design Lab Stanford University gave an introduction in legal design and emphasised to focus on human experience in order to create a new generation of legal products and services.

Last but not least, the introductory lecture by host Daniel Martin Katz from Chicago-Kent College of Law, entitled ´Artificial Intelligence and Legal Analytics´, was of particular interest. He gave an impressively detailed report on the worldwide status quo of AI and its use and development in Legal Tech.

At the end of the day, Bucerius Legal Tech Essentials is a compulsory event for anyone who has any contact with law and legal operations. An event with such an information density, combined with a stimulating environment and entertaining speakers, is hard to be found. 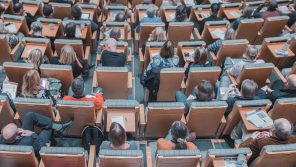 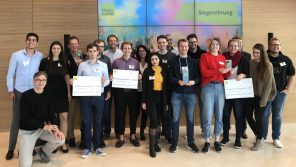 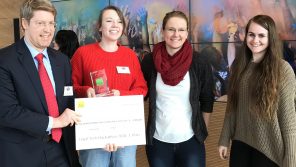 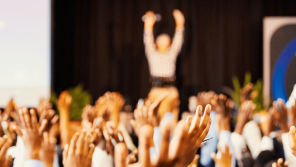