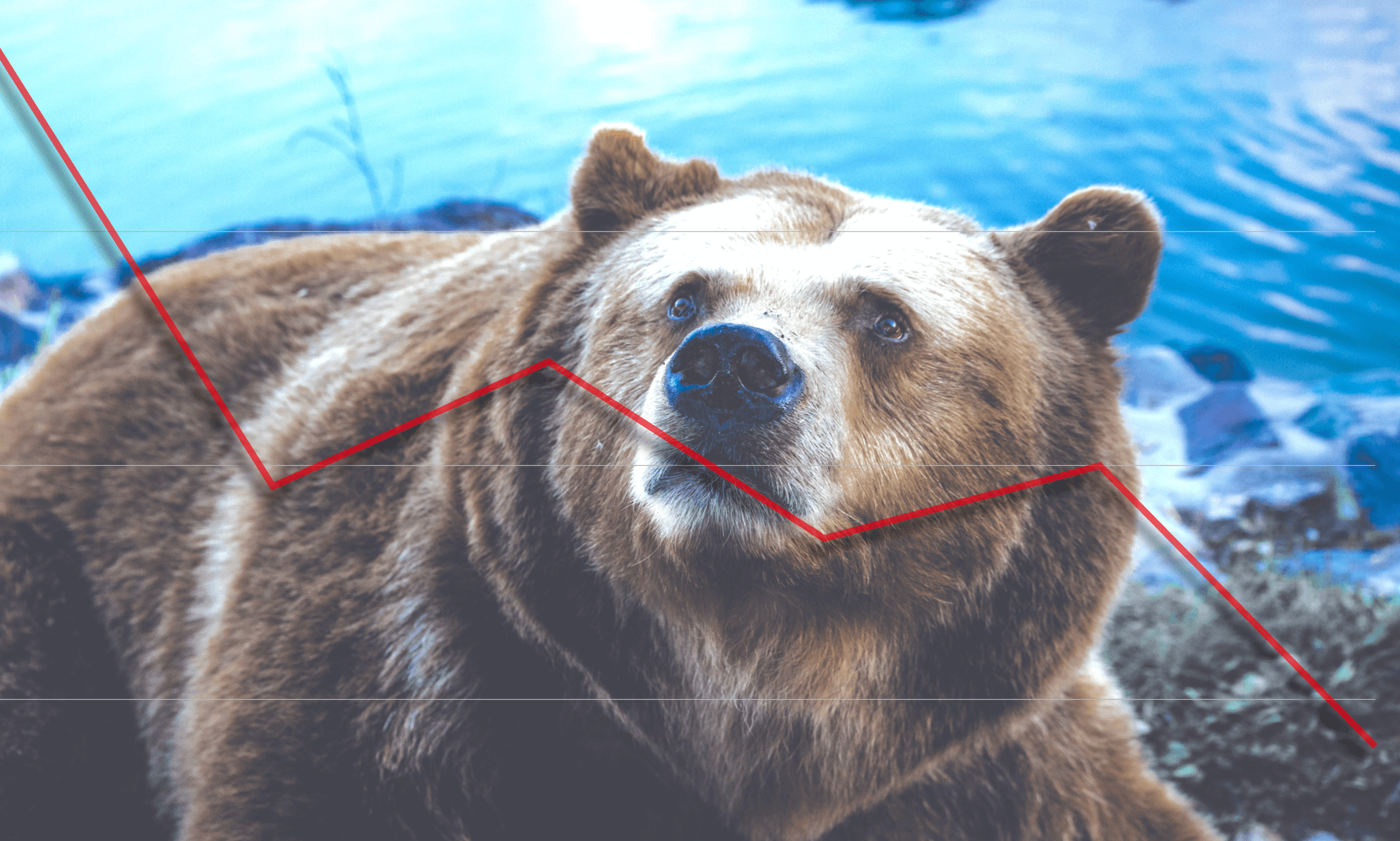 Over the last two decades, Cloud-based software has revolutionized the way we build, buy and use software. Few areas are untouched and the cloud is becoming the leading technology. This is true for the legal tech products as well. With the fast adoption came unprecedented growth for the vendors: Over the last years, cloud companies have grown faster than any other industry. And with it, valuations. But recent events have brought a stop to what has been a bonanza not only for the leading SaaS players, but also cloud-based legal tech companies’ valuations.

What happened to the funding environment?

In recent years a variety of factors gave the tech industry a boost: liberal monetary policies made tech’s long-term growth more attractive to investors while the TINA-situation (“there is no alternative”) turned a former niche-market into a shareholder darling. Tech stocks heavily benefitted from the coronavirus pandemic elevating life and work online. Additionally, with several growth funds fuelling the ecosystem and an increase in software adoption, returns in the SaaS-space were almost certain.

The Emerging Cloud Index (EMCLOUD), containing the biggest public cloud providers, illustrates this nicely: While the median multiple of all public companies was 7x revenue in 2015, the median multiple had climbed in 2018 significantly and ended reaching an all-time high of almost 20x in January 2021.

In 2022 the tide is turning. The war in Ukraine is creating uncertainty and economies around the world are suffering from inflation and soon, perhaps, recession. Interest rates are rising which makes money more expensive. Besides possibly triggering a downturn, they reduce the present value of tech companies’ profits, most of which lie far in the future. As a result (tech) stock prices are decreasing. As of now the median multiple is at 7x revenue – back again to where it stood in 2017 – and it remains to be seen where it is heading.

What does that mean for Venture Capital funding?

This development is influencing the private (Legal) Tech Venture Capital funding sector as well. As others have noted, legal tech funding continues to decline. But why do public valuations matter for private sector growth investments?

To answer this, we need a basic understanding of what VC funds aim for, how VC funding works in particular and understand the metrics VC investors use.

Ultimately, VC investing is about making profit. VCs want their investments to pay off. They speculate on a profitable exit, usually an IPO, a trade sale to another company or selling to Private Equity. But how do VCs estimate the exit price and thus a company’s value?

There are different KPIs for different stages of the start-up.

Firstly, we have to distinguish between early and late stage investing. In early stages such as Pre-Seed and Seed investing rounds, the valuation depends on different factors like the mission/ business model, the founder and team, the success of other companies in a similar area and rough analogies to stage. At Series A, companies have to start to grow and scale. This continues in the following Series rounds.

In Series B and C, investors have more data available on the company’s performance, which leads to other metrics becoming more relevant to its valuation. As the aim is to sell the company with profit, the VC valuation is determined ‘top down’ from the expected exit/IPO valuation. Typically, the value is calculated by multiplying certain KPIs. For advanced financing rounds (Series B, C, etc.), particularly the “Annual Recurring Revenue” (ARR) becomes relevant, a key metric of predictable and recurring revenue generated within a year. It is used by SaaS or subscription businesses that have term subscription agreements, meaning there is a defined contract length. The ARR depends on the type of customers and the value of the contract with them.

Multiples have changed rapidly in recent years and months. While they were going up almost without interruption between 2010 and 2021, 2022 is different: The EMCLOUD draws a dramatic downwards curve. ARR Multiples remain in a region they were in 2016-2017.

Changing environment on the funding market

The above analysis explained why declining public valuations affect the private VC sector. But what does this mean for (Legal) Tech Startup funding in particular?

The answer is it depends on their funding stage.

When looking at seed and pre-seed funding it can still be interesting for Legal Tech companies to raise money. The metrics at this stage have not changed much, or have even grown, compared to the market of two or three years ago.

As mentioned above, revenue metrics like ARR and financial metric-based KPIs become more important for companies in later stages. As valuations of a potential exit/IPO are driven by those metrics, they are very important for investors. More mature companies which raised growth rounds within the last two years are likely to be affected by the current market situation. They might have benefited from the particularly high ARR multiples investors based their investing on and might not be able to improve or even maintain their previous valuation in the current market. Thus, these startups cannot fund their next Series without losing market valuation.

This might lead to huge lay-offs as are already happening in Big Tech companies (public and private) such as Netflix, Robinhood and Peloton; consolidation; or even insolvency if the current market environment is not changing rapidly in a mid-term period.

Regardless of the outcome, these companies have to stretch the money raised at their last funding for a longer period of time than initially expected and calculated. This leads to no other possibility than modifying their own internal KPIs, which may cause targeted lay-offs or decreases in spending in salaries, marketing, and IT, in order to lower their burn rate.

What’s next for Legal Tech startups

Will the development described above slow down the growth of legal innovations and legal tech start-ups in the long run? Probably not. Today, Legal and Compliance are established areas for VC investments. Compared to the early days of the industry the conditions for Legal Tech companies have improved considerably. As seen by increasing market size, legal tech is here to stay.

According to the latest report by Gartner, cloud and enterprise software in general is growing, with an estimated revenue rise of USD 100 Billion in 2023. This figure undoubtedly includes legal and compliance tech companies.

Meanwhile, the global legal and compliance tech market is estimated at around USD 8 Billion in size. There is an immense underdevelopment at just 1.8% of total law firm revenues compared to 10%+ in banking and 4%+ on average for other industry sectors (AGC Partners, Legal & Compliance Tech Market Update, February 2022). Clients’ needs and shifting legal advice will push these numbers up within the next few years.

Considering the growing market and the need for law firms, in-house lawyers and clients to keep track of more complex matters, it is likely that the Legal and Compliance Tech market will grow faster and bigger in the future, which will attract more funding at a high multiplier.

The funding market for such companies is likely to recover within the next two to three years as the economy stabilizes and current multiples of 7.5 are likely to rise again. The current market environment could be considered a market correction driven by the macroeconomic circumstances.

The picture of the future comes down to a quote from former Intel CEO Andy Grove: “Bad companies are destroyed by crises (if you would consider this a crisis rather than a correction); good companies survive them; great companies are improved by them.”

The most important goal for companies in uncertain times is to survive. If there is no funding available due to the overall market situation, founders have to help themselves. Companies should go lean and track critical indicators of progress toward their intended result. Companies should also lower their burn rate by restructuring certain money consuming areas like huge marketing spending while cutting costs where they are not mandatory. In addition, startups should shift from growth to the direction of profitability. Generating profit and/or going lean can sustain a company longer and allow it to weather the storm in case the market has not strengthened in the next few years. The upside is that companies that survive could come out of this crisis with better business operations, while taking advantage of more plentiful funding opportunities in a stronger future market. 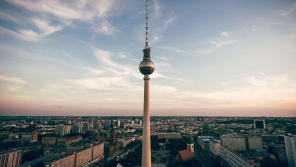 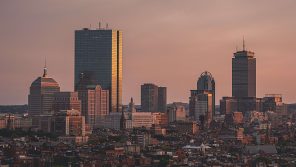 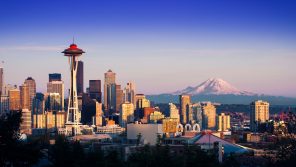 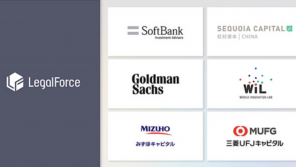