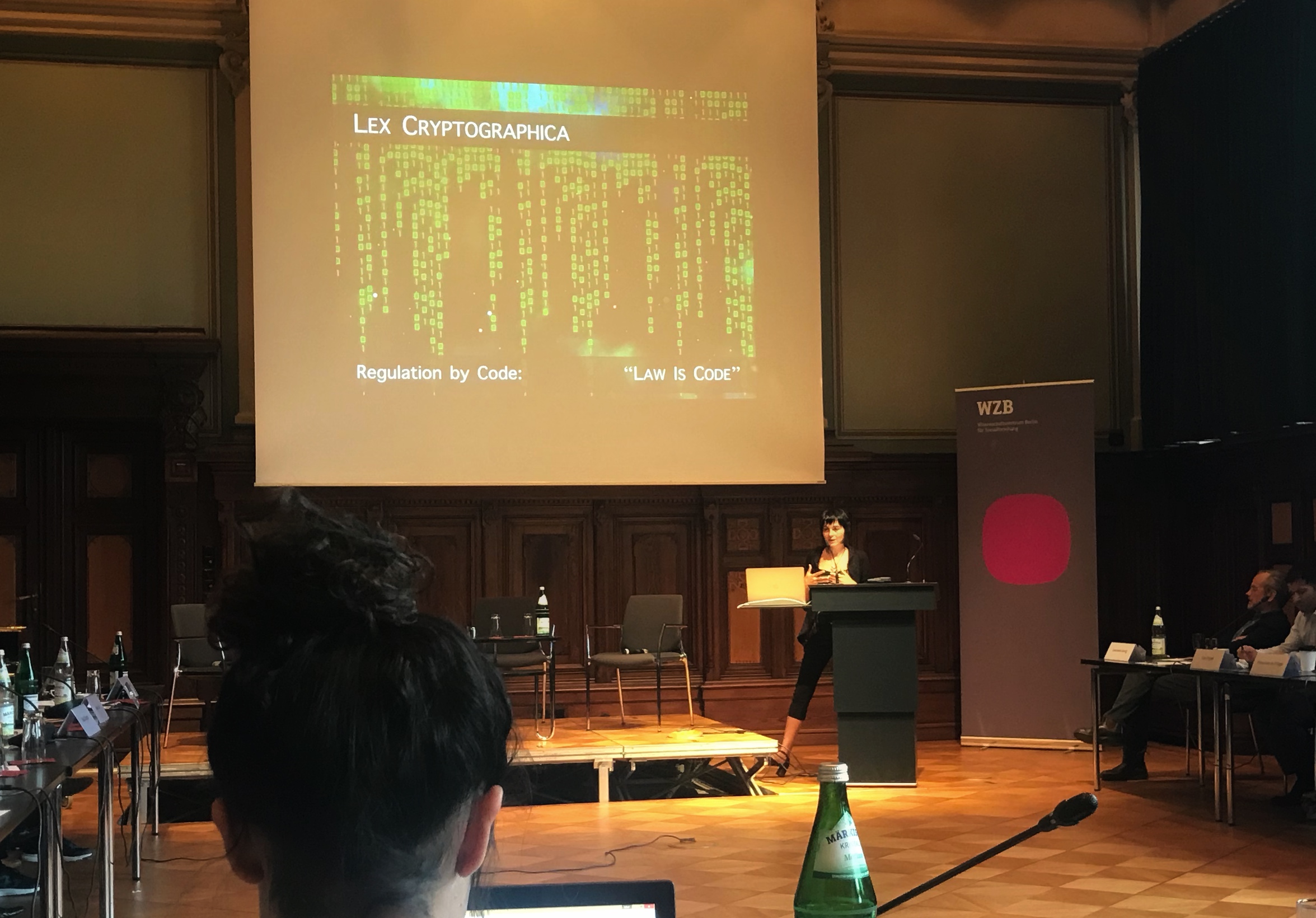 Primavera De Filippi presented her and Aaron Wright‘s new and groundbraking book “Blockchain and the Law” at a book talk on June 13, 2018 in Berlin’s WZB Berlin Social Science Center. The panelists were Jeanette Hofmann and Lawrence Lessig.

The book is a major theoretical treatise about the promises and pitfalls of blochain technology, smart contracts and the corresponding hype as if the Internet was invented again or as if it was 1994 again when the Internet became popular as a new interactive non-governmental space and foil for many new ideas of how human society may or should be organized.

The presentation and the subsequent discussions and rounds of questions touched upon many legal, factual and political issues:

But the one major theme was the issue whether a certain kind of enthusiasm about the alleged liberating and emancipating power of blockchain technology is warranted or even advisable in view of the dashed and crushed hopes that the Internet once nurtured before it became a tool for governments and BigTech for 24/7/365 surveillance of everyone.

Primavera De Filippi made it clear that it may be possible in the blockchain space to have new forms of self governance that will work.

In this regard, Primavera De Filippi mentioned John Perry Barlow and his “Declaration of the Independence of Cyberspace” from 1996 that back in the day created a lot of excitement.

22 Years later, it is obvious, that the governments of the world together with BigTech do acutally have pretty effective and sometimes harsh sovereignty in this regard, more than before actually. People nowadays assume that some aspects of blockchain technology deployed in practice may be hard for governments and major corporations to control all the time, but may become more and more controlled, for better or worse. The SEC’s recent “Crypto Sweep” is only one example.

Consequently, Jeannette Hofmann was extremely sceptical and pessimistic, citing her disappointment about the way the Internet has developed, and warning that all modern technological tools can be used for oppression. Technology obviously has no default option to be used for good purposes.

Lawrence Lessig was also morose about the fact that the promises of liberty and good politics that Cyberspace once held were all thwarted. He added that it is also likely that the blockchain ecoystem will eventually be controlled by the governments of the world and BigTech, even though that may take longer and be harder to do as it was in case of the Internet. He was sceptical about any high hopes to replace governmental structures with some kind of blockchain ecosystem, he rather prefers the state to engage in good and beneficial policies for everyone – which is often thwarted by traditional corruption, he added.

All in all, it nonetheless appeared that there was a hopeful vibe among the panelists and the audience that there is still something to the idea of blockchain technology as it relates to society and the law which makes it worthwhile to study and to develop. Time will tell.

What was lacking was a discussion that blockchain technology cannot change the fact that humans have real and frail bodies that need food and shelter and are always in one specific and identifiable place on earth (or in low orbit around it on the ISS etc). No matter what blockchain technology may or may not bring in freedom and anonymity from a technology perspective, governments can always go after and prosecute actual people, their families and take their pyhsical belongings, with legal and physical force, in order to enforce the will and laws of the government. That is not going to change. 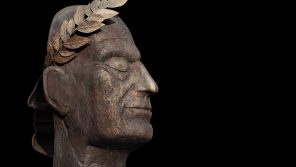 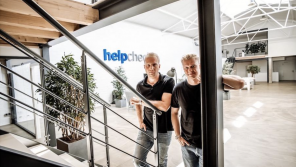 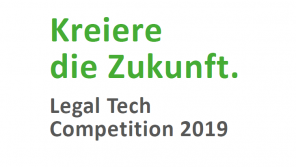